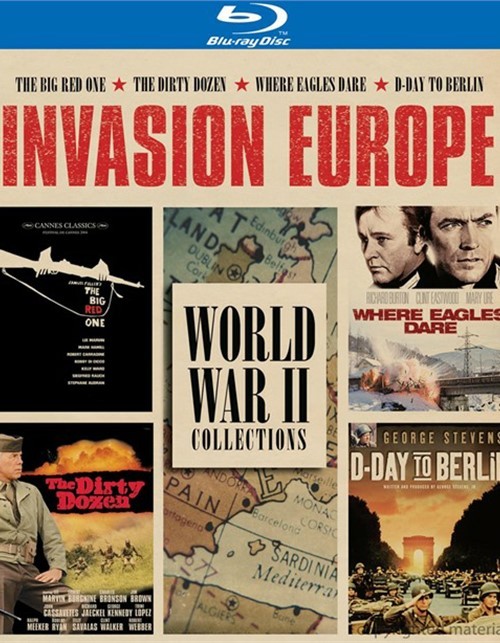 The Big Red One

Writer / director Samuel Fuller's tough and terrific chronicle of the combat experiences of a veteran sergeant (Lee Marvin) and his young riflemen fighting - and battling to survive - from North Africa to Normandy's D-Day assault to Germany.

The fate of the Allied invasion is balanced on the shoulders of 12 military prisoners offered parole - if they complete a suicide mission behind enemy lines just before D-Day. Lee Marvin, Ernest Borgnine, Charles Bronson and an all-star cast headline one of the greatest action classics of all time.

Commandos charged with freeing a U.S. general from an Alpine fortress find that their search-and-rescue mission is not all that it seems! Richard Burton and Clint Eastwood shoot to kill in this explosively twisty thriller from action master Alistair MacLean.

Winner of 3 Emmys! A rare document of history as it happened: the legendary director captured some of the war's most indelible images in color, from the Normandy invasion to the East-West link-up of troops at the Elbe, from teh excitement of the liberation of Paris to the horrors of Dachau. Written, produced and narrated by George Stevens, Jr.