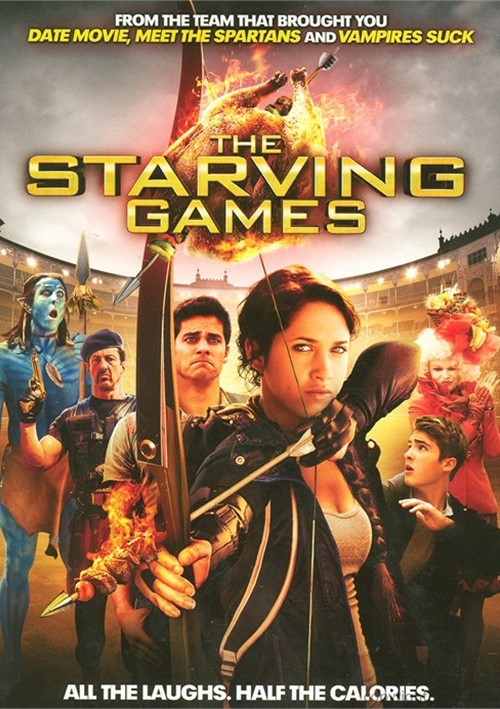 All the laughs. Half the calories.

The Starving Games, brought to you by the team behind Scary Movie, Vampires Suck, Epic Movie, and Meet The Spartans, is a hilarious spoof of The Hunger Games that plants you in the middle of a barbaric annual competition where teenagers are pitted against one another in a brutal death match - obviously, it's a comedy! Follow "Kantmiss" the spunky young girl from the poorest district, who wields weapons and one-liners with equal dexterity. Non-stop references to recent movies and pop culture events such as The Avengers, Sherlock Holmes, The Expendables, Angry Birds and the Harry Potter saga add up to a boisterous, side-splitting tale of kooky adventure. Starring Maiara Walsh (Switched At Birth), Lauren Bowes (True Blood), Alexandria Deberry, Cody Christian (Pretty Little Liars) and Brant Daugherty, and written and directed by Jason Friedberg and Aaron Seltzer (Scary Movie series, Epic Movie, Date Movie).

Reviews for "Starving Games, The"