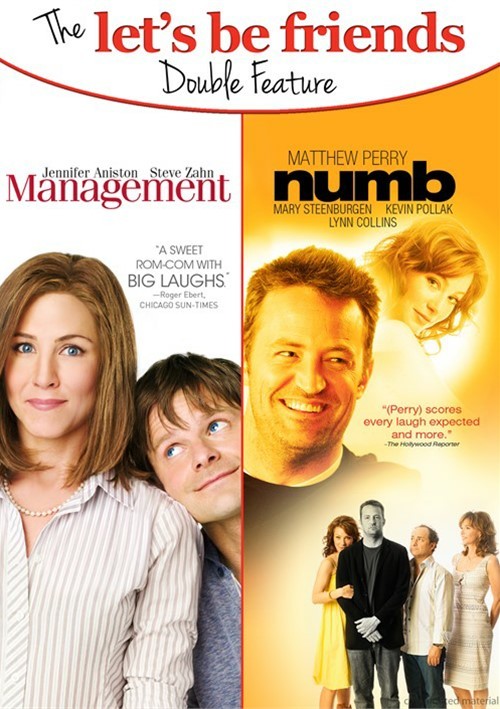 Jennifer Aniston (We're The Millers, Office Space) and Steve Zahn (Treme, Saving Silverman) star in this romantic comedy that's bursting with originality and humor. It's lust at first sight for laid-back motel night manager Mike (Zahn) when Sue (Aniston), an uptight sales rep, checks in. Convinced that Sue is his dream girl, Mike shakes up his slacker life in an outrageous pursuit across the country. But can he steal her away from her more successful boyfriend (Woody Harrelson, Zombieland)? Both Mike and Sue must go on their own twisted journeys to find out if what they really need is each other.

Hudson Milbank (Matthew Perry, Fools Rush In) is convinced that he's going insane. But he's just met the perfect girl (Lynn Collins, John Carter) and struggles to be his most charming self. Meanwhile, he frantically seeks a cure for his anxieties and goes through a string of therapists who turn out to be crazier than he is. Co-starring Kevin Pollak (The Usual Suspects) and Mary Steenburgen (Last Vegas) as a hilarious lusty psychiatrist, this sardonic romantic comedy will warm the heart of anybody who has ever teetered on the edge of a breakdown.