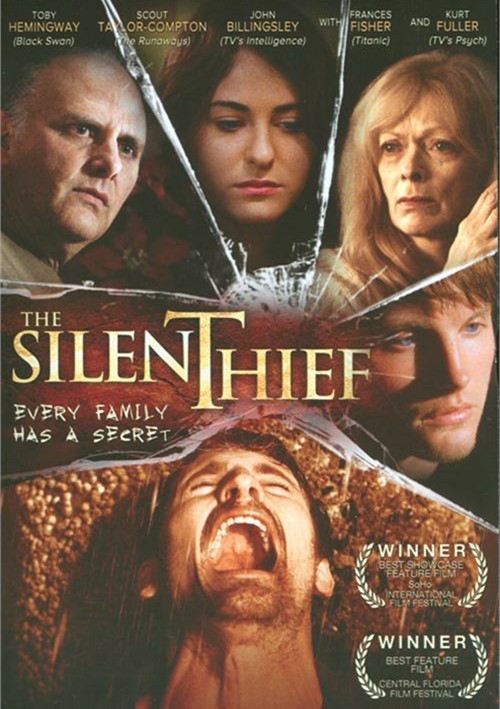 In the psychological thriller The Silent Thief, written and directed by breakout filmmakers Jennifer Clary and Kevin Haberer, an all-star cast expertly weaves the viewer into the web of deceit and emotional intrigue that could actually happen to any of us. Brennan (played beautifully by Toby Hemingway) is an outcast who threatens to destroy a family's unity by displacing their biological son Mike (Cody Longo), while he is at college. Hungry for acceptance and exceptionally cunning, Brennan becomes a boarder at the family's home under false pretenses. Claiming that he is an orphan from England, Brennan uses his manipulative prowess to ingratiate himself with each member of the Henderson family before Mike returns home for Christmas. As Brennan's tactics become increasingly pernicious, psyches are driven to the breaking point, long buried family secrets are revealed, and violence ensues.

Reviews for "Silent Thief, The"