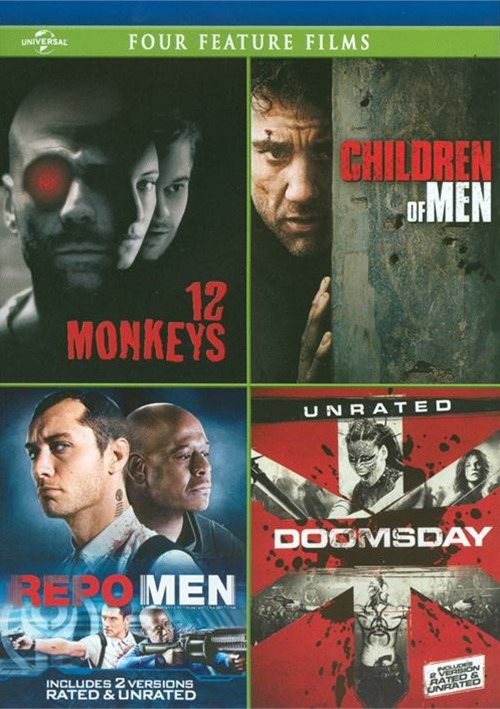 Cole (Bruce Willis) is sent back in time to save the human race from a deadly virus that has f-rced mankind into dank underground communities in the future.

The hunter becomes the hunted when organ repossession man Remy (Jude Law) is outfitted with a top-of-the-line heart replacement and finds himself in debt and unable to pay.

In the year 2027, eighteen years since the last baby was born, Theo (Clive Owen) becomes an unlikely champion of the human race when he is asked to escort a young pregnant woman out of the country as quickly as possible.

To save humanity from an epidemic, an elite fighting unit must battle to find a cure in a post-apocalyptic zone controlled by a society of murderous renegades.