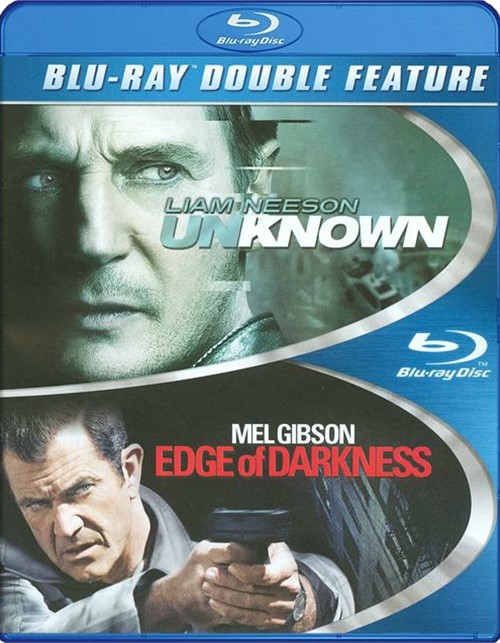 When Dr. Martin Harris (Liam Neeson) awakens after a car accident, he discovers his wife (January Jones) doesn't recognize him and another man (Aidan Quinn) has assumed his identity in the mystery thriller Unknown. The bullet that killed his daughter was meant for Boston cop Thomas Craven (Mel Gibson). That's what Craven and police brass think, but that's not what the investigation finds in Edge Of Darkness, where the search for the truth leads to a shadowy realm where money and political intrigue collide.

Unknown:
Liam Neeson: Known Action Hero: Discover How The Star Of Unknown Solidifies His Action Star Status
Unknown: What Is Known?
Investiage The Characters And Plot Of This International Thriller

Review "Unknown / Edge Of Darkness (Do"

Reviews for "Unknown / Edge Of Darkness (Do"