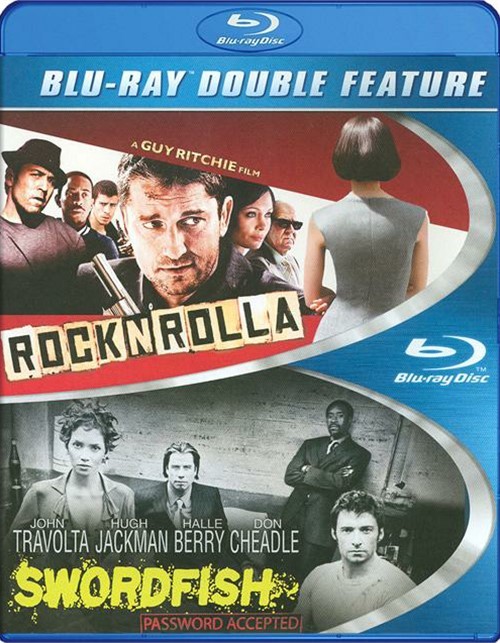 Crime gets expensive for an old school gangster (Tom Wilkinson) when a wealthier mob moves in and a small-timer (Gerard Butler) thinks he can play both sides. Add a hard-as-ice accountant (Thandie Newton), wannabe music moguls, an allegedly dead rock star and a mad mosh of money and muscle, and you've got RocknRolla. The terms of Stanley Jobson's parole are clear: use a computer, go to jail. Yet a $10-million payday awaits the superhacker (Hugh Jackman) if he takes on a job masterminded by a charismatic covert agent (John Travolta) in the high-tech thriller Swordfish.

RocknRolla:
Commentary By Writer/Director Guy Ritchie And Co-Star Mark Strong
Additional Scene
Blokes, Birds And Blackhanders: Inside RocknRolla
Guy's Town: The Director Reflects On His Fascination With Ever Evolving London