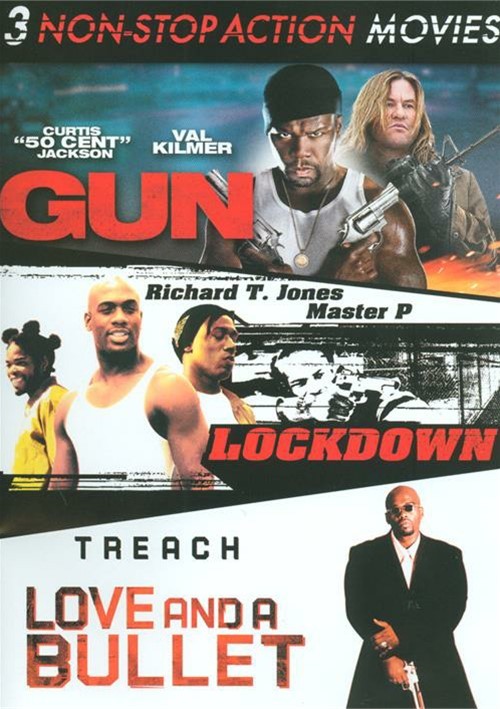 In the face of rising crime rates and gun violence, the Detroit Police launch a full-scale war against gun runners. With the cooperation of the Feds they target a criminal named Rich (Curtis "50 Cent" Jackson) and his arms operation. When a gun exchange goes bad and Rich's old friend Angel (Val Kilmer) steps up big time and saves his life, they form a bond that makes his supplier and lover, Gabriella (AnnaLynne McCord) paranoid. But there is a snitch in the group and Gabriella's biggest deal goes bad only to have an even bigger secret revealed, one that rocks Rich to his core.

In the tradition of "Oz" comes a story of what it takes to get by in the toughest place on earth, starring Richard T. Jones (The Wood), Gabriel Casseus (Black Hawk Down), De'Aundre Bonds (3 Strikes), Melissa De Sousa (The Best Man), Bill Nunn (Spider-Man) and rap superstar Master P.

Love And A Bullet

In the ruthless world of contract killing, the line between business and pleasure is one that should never be crossed. Music sensation Treach (HBO's Oz, singer of the band Naughty By Nature) stars in this explosive, intense thriller. Also stars Kent Masters-King (The Wash), Freez Luv (Baby Boy, Coyote Ugly), and Walter Jones (Malcolm X, American Gun).

Reviews for "Gun / Love And A Bullet / Lock"