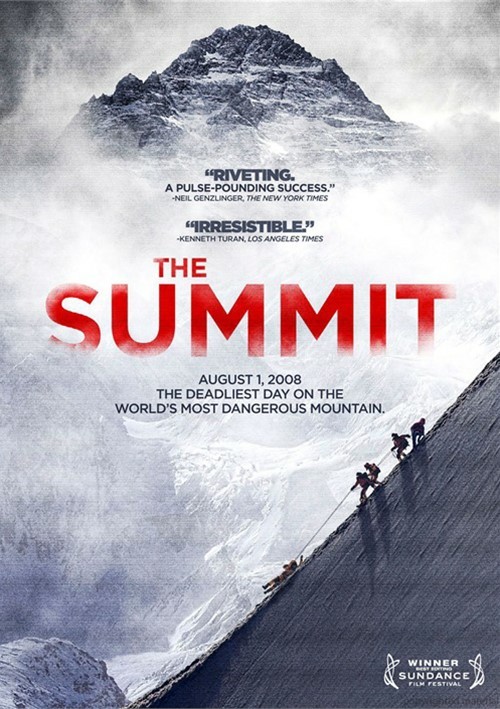 In August, 2008, 18 mountain climbers reached the top of K2, the second-highest mountain in the world. 48 hours later, 11 people were dead, making it the deadliest day in modern mountain climbing history. While memorials paid tribute to those killed, there were also condemnations about 'why.' Why do these athletes risk everything to reach a place humans are simply not meant to go? Why do they put their lives and the lives on others on the line in order to satisfy some undefinable need?

With breathtaking cinematography and jaw dropping reenactments based on the testimony of those who survived the climb, The Summit is a thrilling documentary about the very nature of adventure in the modern world.

Reviews for "Summit, The"