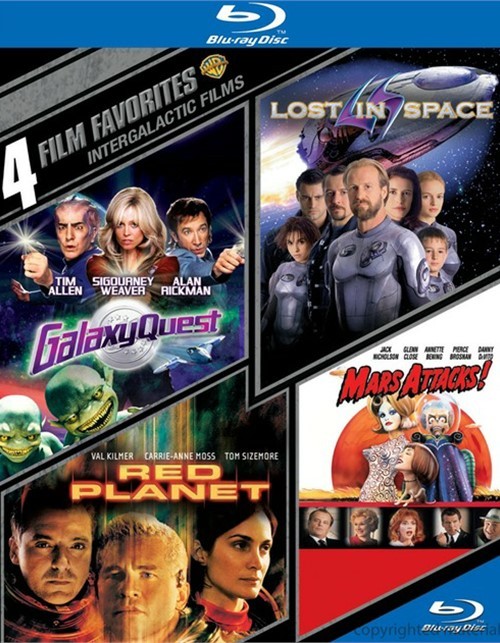 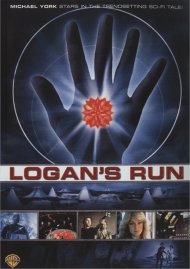 Twenty years after cancellation, the stars of the Galaxy Quest television series cling to their careers, appearing at sci-fi conventions and electronic store openings. When a distressed interstellar race mistakes the show for 'historical documents,' Jason Nesmith (Tim Allen) and his crew of has-beens are unwittingly recruited to save them from a genocidal warlord in this hilarious adventure that boldly goes where no comedy has gone before.

The family Robinson is in hiber-sl--p, soaring into deep space. Their mission: establish a colony that will become home for a dying Earth's inhabitants. But sabotage jolts the Robinsons awake, sending them - and an often troublesome robot - off course and into amazing adventures where the questions is not just where they are, but also when. A fine cast sets just the right tone of heroism and fun in an imaginative sci-fi voyage based on the '60s TV series. "Danger, Will Robinson~"! And amazement, too.

In the mid-21st century, the nations of a dying Earth look starward for a solution and set out to colonize Mars. But something no one could have expected awaits. Val Kilmer stars in this taut adventure about humankind's first mission to the mysterious Red Planet. Also on the mission is the multifunctional robo-assistant AMEE. A malfunction has turned her into a killing machine bent on destroying the crew. Yet that's not the end of the expedition's perils. Because Mars may be barren, but it's not uninhabited.

Awake Earthlings! Don't miss the hilarious frenzy as Tim Burton directs - and Mars Attacks! See! Stars that shine across the galaxy. Jack Nicholson, Glenn Close, Annette Bening, Pierce Brosnan, Danny DeVito and a dozen more! Shriek! At mean, green invaders armed with insta-fry ray guns and endowed with slimy, humongous brains. Gasp! As the U.S. legislature is overwhelmed. (Don't fear, we still have 2 out of 3 branches of the government working for us.) Thrill! As Earth fights back with an unexpected weapon. Take that, Martians!