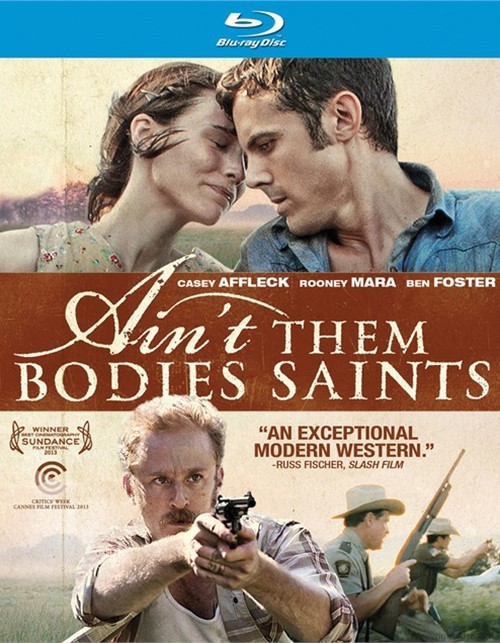 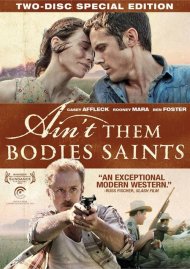 Academy Award Nominees Rooney Mara (The Girl with the Dragon Tattoo, Side Effects) and Casey Affleck (The Killer Inside Me, Gone Baby Gone) star as a pair of doomed lovers separated by prison bars and miles of desert wasteland in Ain't Them Bodies Saints, a moody collision of love and crime in the tradition of Bonnie and Clyde.

Four years ago, impassioned young outlaw couple Bob Muldoon (Affleck) and Ruth Guthrie (Mara) were apprehended in the Texas hills during a shootout that left a local officer wounded by a bullet from Ruth's gun. Taking the blame, Bob was sentenced to 25 years in prison. After having engineered a daring escape, Bob is now determined to reconnect with the love of his life and meet the daughter who was born while he was incarcerated. But the journey back won't be easy, and the powers that be threaten to keep the two lovers apart forever. Co-starring Ben Foster (The Messenger) and set against the gritty landscape of 1970s Texas Hill Country, Ain't Them Bodies Saints is a breathtaking and exquisitely photographed meditation on the fragility and transience of love.

Reviews for "Ain't Them Bodies Saints"