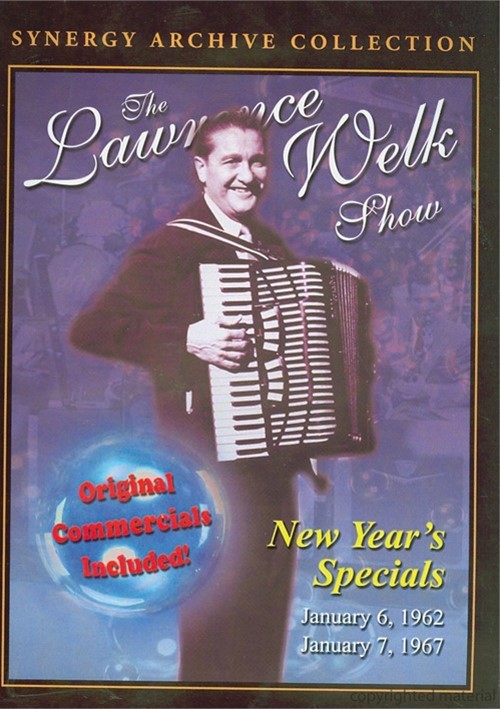 Includes two episodes that aired on January 6, 1962 and January 7, 1967. The original commercials are included!

The Lawrence Welk Show, the longest-running televised American musical variety show, first aired locally in Los Angeles from 1951 to 1955, broadcast from the since demolished Aragon Ballroom in Venice Beach. The show made its national television debut on July 2, 1955, and was produced at the Hollywood Palladium for 23 of its 27 years on the air. The only seasons not taped there were 1965-66, and 1976-77 at the Hollywood Palace, and at CBS Television City from 1977 to 1979. The Lawrence Welk Show remains a family favorite and can still be seen today on many PBS stations.