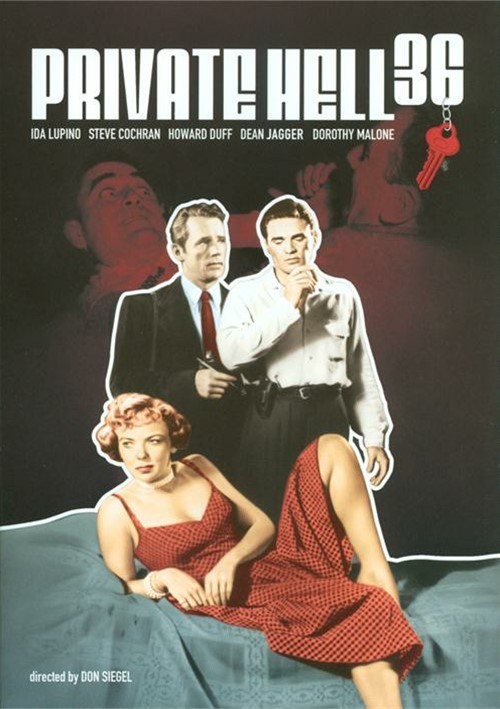 Ida Lupino co-wrote and stars in this classic film noir about a desperate cop (Steve Cochran) straying off the straight-and-narrow, falling for a world-weary lounge singer (Lupino), and betraying his honest partner (Howard Duff). Directed with grim, artful efficiency by Don Siegel (Charley Varrick), Private Hell 36 is a thriller that revel in the claustrophobic tawdriness of its characters and is much smarter and potent than its gears-turning plot first reveals. The stellar cast includes Dean Jagger as the detectives' Captain and Dorothy Malone as Duff's understandably worried wife.