Miracle Of The Bells, The 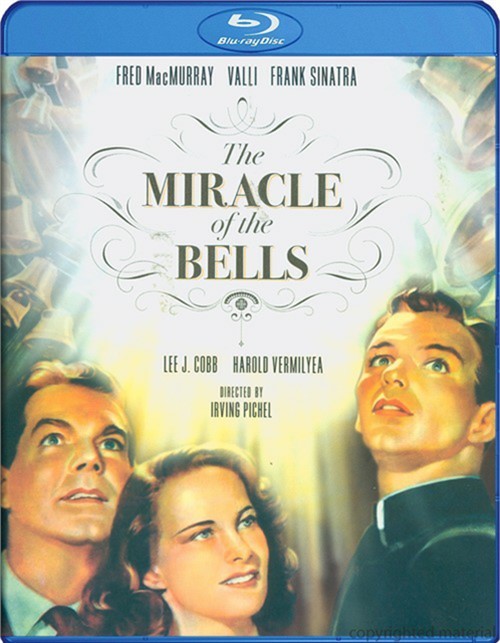 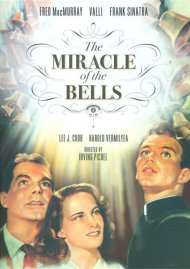 Miracle Of The Bells, The

Hollywood press agent Bill Dunnigan (Fred MacMurray) attempts to carry out a deathbed promise he made to the only girl he ever loved, an aspiring actress named Olga Treskovna (Alida Valli). She dies after completing her first and only film and as promised, Bill takes her body to the Pennsylvania coal town of her birth for the funeral arrangements. To arouse public interest, and get the reluctant studio to release the film, he enlists the aid of local priest Father Paul (Frank Sinatra) and asks all the local churches to ring their bells for three days. Studio head, Marcus Harris (Lee J. Cobb) wants to reshoot the film with a movie star, rather than risk losing a fortune on an "unknown" whom he can no longer groom for stardom. Her story becomes a national phenomenon, but will this man-made miracle convince Harris to change his mind of will it take a genuine miracle! Irving Pichel (The Most Dangerous Game) directs this wonderful, heartwarming classic that recalls such films as Going My Way and The Bells of St. Mary. Ben Hechy and Quentin Reynolds adapted the best-selling novel by Russell Janney.

Review "Miracle Of The Bells, The"

Reviews for "Miracle Of The Bells, The"