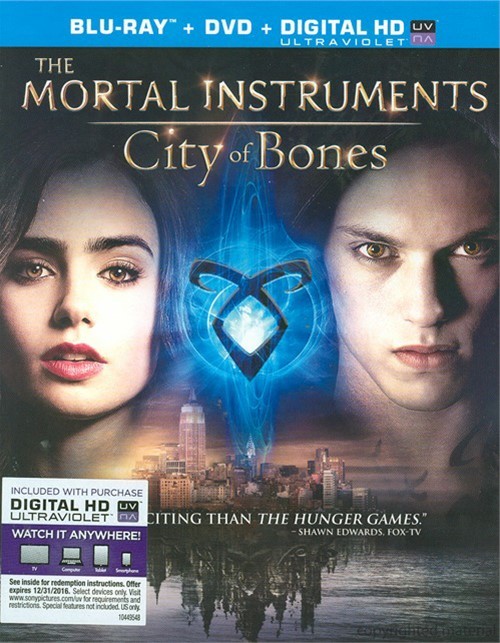 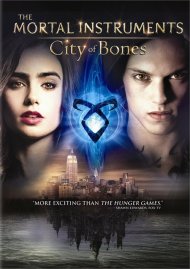 Based on the Best-Selling book series, a seemingly ordinary teenager, Clary Fray (Lily Collins), discovers she is the descendant of a line of Shadowhunters, a secret cadre of young half-angel warriors locked in an ancient battle to protect our world from demons. After the disappearance of her mother (Lena Headey), Clary must join f-rces with a group of Shadowhunters who introduce her to a dangerous alternate New York called Downworld filled with demons, warlocks, vampires, werewolves and other deadly creatures.

Bringing Them To Life: Filmmakers And Cast Discuss The Characters Of The Mortal Instruments: City Of Bones
Descendants Of The Cup: A Look At The Stunts And The Cast's Transformation Into Shadowhunters
Deleted Scenes
Music Video: "Almost Is Never Enough" By Ariana Grande Ft. Nathan Sykes
Interactive Lineage Tracker
Deadly Attraction: Lily Collins & Jamie Campbell Bower On Their Roles As Clary Fray & Jace Wayland
Entering The Shadow World: Creating The Extraordinary Creatures Of The Shadow World
Into The Shadows: From Book To Screen

Reviews for "Mortal Instruments, The: City "