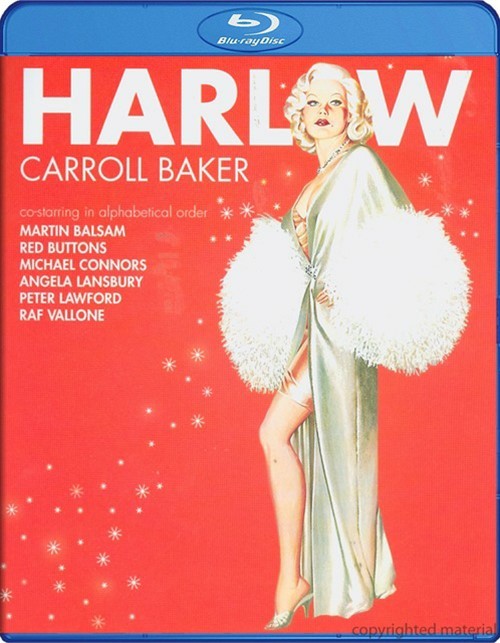 Hollywood in 1928 is a land of milk and honey, magic and fantasy. Jean Harlow's spectacularly controversial and tragic career begins with bit parts in movies while she's living with her mother (Angela Lansbury) and opportunistic stepfather (Raf Vallone). When Hollywood agent, Arthur Landau (Red Buttons), spots her on a film set, he gets her a series of comedy roles and soon realizes he has a gold mine in Miss Harlow (Carroll Baker). She becomes an overnight sensation and critics hail her as the next great sex symbol. This film documents the rise and fall of a true Hollywood Legend. Directed by Gordon Douglas (Tony Rome), Screenplay by John Michael Hayes (Peyton Place, The Carpetbaggers) and Costumes by legendary designer Edith Head (Sunset Boulevard). The stellar cast includes Martin Balsam, Michael (Mike) Connors, Peter Lawford and Leslie Nielsen as a sleazy Hollywood mogul.