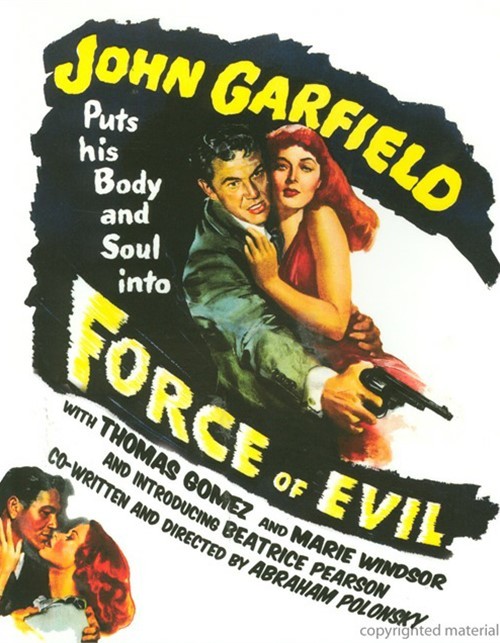 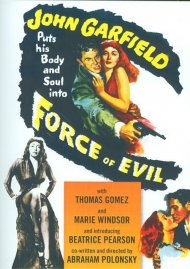 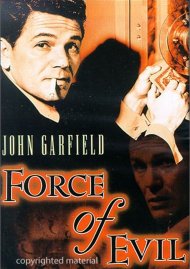 This gritty film noir is drenched in greed, cynicism and corruption of the soul, as embodied by John Garfield (The Postman Always Rings Twice) in one of his most memorable roles. Garfield is perfectly cast as Joe Morse, a lawyer whose connection to a ruthless racketeer has nearly destroyed his sense of morality. His participation in a rigged numbers racket could prove disastrous for his high-strung brother (superbly played by Thomas Gomez), whose small-time policy bank stands to go broke when the rigged numbers pay off. Writer and director Abraham Polonsky (In his directorial debut) was later victimized by the Hollywood bucket list, curtailing a promising career for decades until he directed Robert Redford in 1969's Tell Them Willie Boy Is Here. The great supporting cast includes Paul Fix, Beatrice Pearson and noir goddess, Marie Windsor (The Killing).

Reviews for "F-rce Of Evil"