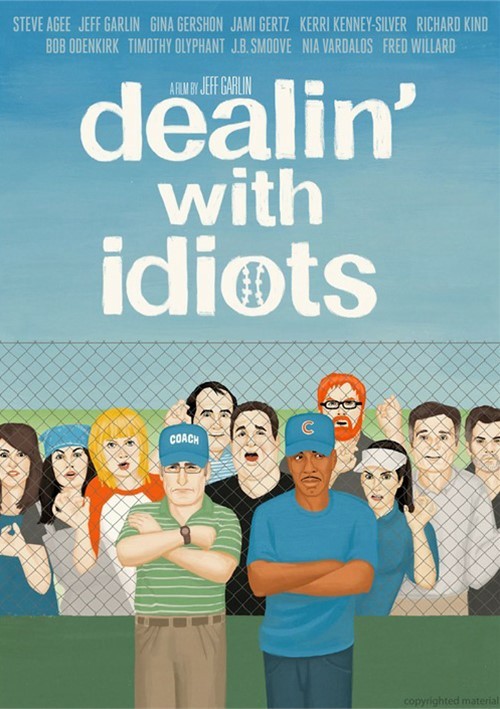 Co-Writer/director Jeff Garlin (Curb Your Enthusiasm) assembles a lineup of comedy all-stars for Dealin' With Idiots, a bitingly hilarious film about the tumultuous world of youth baseball. While sitting in the bleachers at his son's little league game, comedian Max Morris (Garlin) thinks he's found the inspiration for his next film: the absurd competitiveness of youth baseball. He then sets out to interview the team's odd, colorful, and very off-beat parents and coaches in order to gather material. While in the midst of the endless fundraising and post-game snack protocols, Max reflects back on his own experiences as a kid and why he loves the game. Co-starring Nia Vardalos (My Big Fat Greek Wedding), Bob Odenkirk (Breaking Bad), Gina Gershon (Killer Joe), and Jami Gertz (Still Standing), ~~Dealin' With Idiots is both a love letter to and send-up of one of America's favorite pastimes.

Reviews for "Dealin' With Idiots"