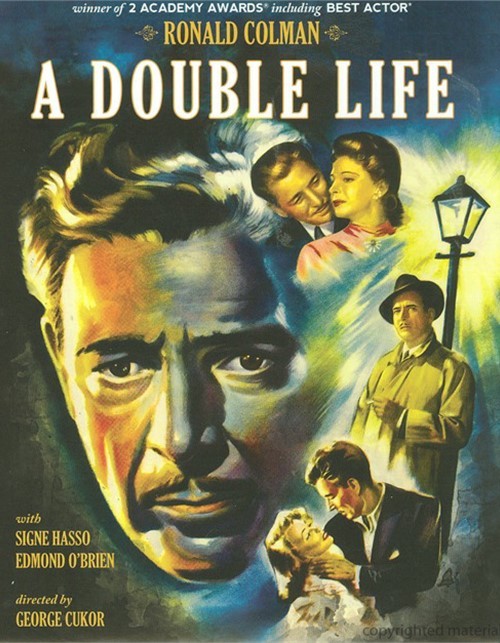 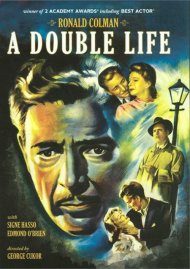 George Cukor's perfectly mannered direction confidently guides this brooding and cynical film noir that is considered by many the highlight of actor Ronald Colman's great career. A Double Life explores the dangers of blurring the line between reality and illusion in this examination of the schizoid personality of a talented stage actor who brings to confuse his roles with his life. Colman gives a magnificent and mesmerizing performance as veteran thespian Anthony John, who begins to mentally derail during a run of Othello. John's courtly manners and reputation have a winning charm that endear him to both audiences and women, including his ex-wife, Brita (Signe Hasso), who acts opposite him in the play, and Pat (Shelley Winters), a sexy waitress he befriends. Colman's performance earned him a Best Actor Academy Award and Golden Globe. Miklos Rozsa also won an Oscar for his vivacious score and the film's director and screenwriters, Ruth Gordon and Garson Kanin all received Oscar nominations. Edmond O'Brien co-stars as the company's producer who's secretly in love with Brita.

Reviews for "Double Life, A"