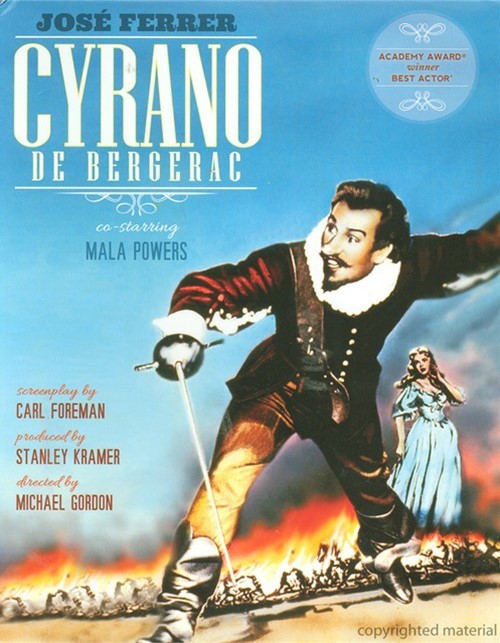 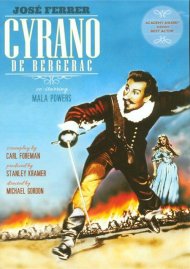 Recreating his stage role, Jose Ferrer (Moulin Rouge) stars as Edmond Rostand's Cyrano, a 17th-century French cavalier, poet and master swordsman. This beloved tale of romance and swashbuckling came to the screen in this lavish production from producer Stanley Kramer (Judgment At Nuremberg). Cyrano is madly in love with the beautiful Roxanne (Mala Powers), but assumes that she'd never love him back due to his cathedral of a nose, so he reluctantly aids the handsome, but simple Christian (William Prince) in the pursuit of his one true love. Ferrer won the 1950 Best Actor Academy Award and Golden Globe for his brilliant and heartbreaking performance. Directed with luster by Michael Gordon (Pillow Talk) with a rousing score by Dimitri Tiomkin (Rio Bravo) and adapted for the screen by Carl Foreman (The Guns Of Navarone).