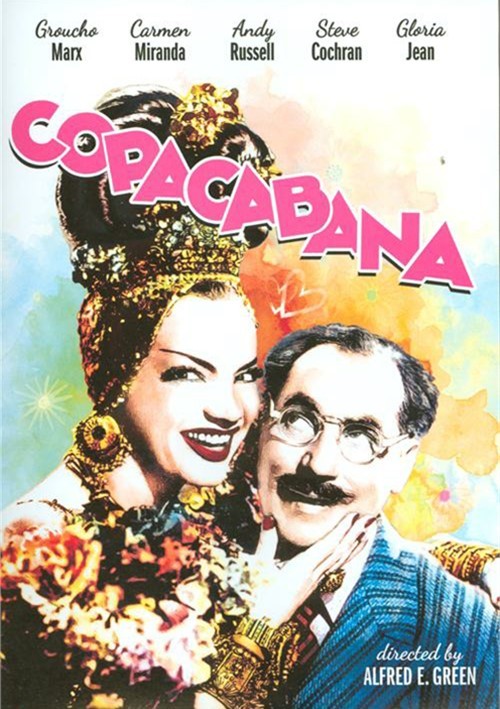 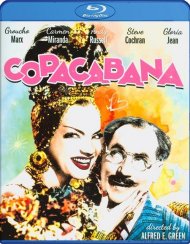 Groucho Marx's first film without his brothers was this wild musical comedy about a two-bit theatrical agent who gets his top (and only) client two singing jobs at the same nightclub, hoping for a double commission. Carmen Miranda plays her familiar Latin role and doubles as a blonde French chanteuse who wears a veil. This hilarious comedy includes wonderful performances by Steve Cochran as the manager of the Copa who falls in love with the blonde Carmen, much to the dismay of pretty bookkeeper Anne (Gloria Jean) who's secretly in love with Steve. Balladeer Andy Russell plays himself. Songs include "Tico Tico No Fuba", "My Heart Was Doing A Bolero" and "Je Vous Aime". Directed by Alfred E. Green (The Jolson Story).