On The Second Day Of Christmas / Miracle At Christmas: Ebbie's Story (Double Feature) 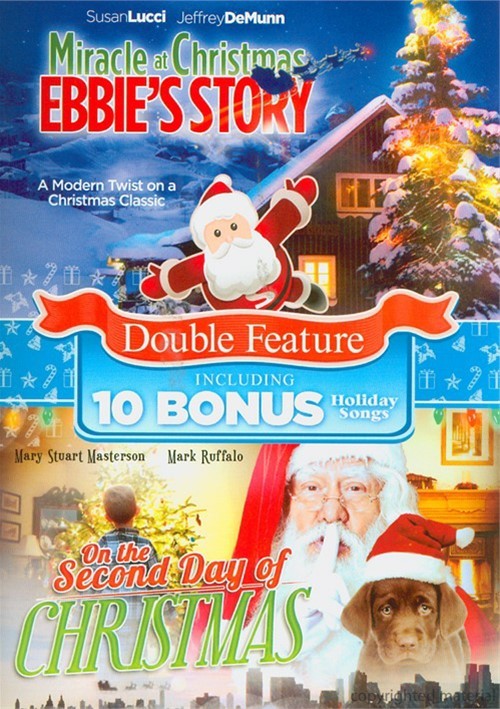 On The Second Day Of Christmas / Miracle At Christmas: Ebbie's Story (Double Feature)

Elizabeth "Ebbie" Scrooge (Susan Lucci) is the tyrannical owner of Dobson's department store. She takes her career very seriously and cares little about those around her, firing employees, denying charity and breaking tradition to turn a profit. When Ebbie is visited by the ghosts of Christmas Past, Present and Future, she realizes that she knows the price of everything... but the value of nothing. As she gets a glimpse at the bridges she's burned and the love she's lost, Ebbie hopes for a fresh start. Will she get another chance to live a more generous life?

On The Second Day Of Christmas

Trish (Mary Stuart Masterson) and her six-year-old niece, Patsy, make their living by picking pockets. But when they try to take advantage of holiday shoppers with fat wallets, they run into a little snag - a department store security guard named Bert (Mark Ruffalo) catches them in the act. The store owner wants them arrested, but decides to wait until Christmas is over. To ensure they don't make a run for it, he entrusts their care to Bert. With jail on the horizon, Trish and Patsy are scared for their future. But as the holiday nears its end, it looks as though a budding romance might just save them after all.

Review "On The Second Day Of Christmas"

Reviews for "On The Second Day Of Christmas"