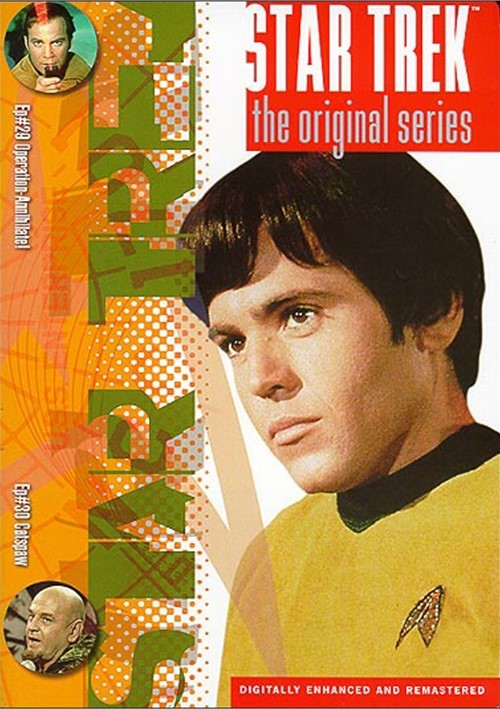 The U.S.S. Enterprise arrives at Deneva, a planet in the path of an interplanetary epidemic of mass insanity. There, Kirk finds his brother Sam dead, his sister-in-law stricken, and his nephew unconscious. Then, Spock is attacked by a flying creature. These telepathically connected parasites invade the nervous system and control their victims through pain in an effort to take over the galaxy. Can McCoy find a way to kill the aliens without harming their hosts?

On Pyrus VII, Sulu and Scotty are rendered zombies by Korob and Sylvia, two beings who use black cats, magic wands, and evil spells in an attempt to terrorize Kirk and company. When Kirk refuses to submit, Sylvia holds a voodoo-like image of the U.S.S. Enterprise over a flame, and the starship begins superheating. Will Sylvia's seductive charms spell disaster for Kirk and the crew of the U.S.S. Enterprise.