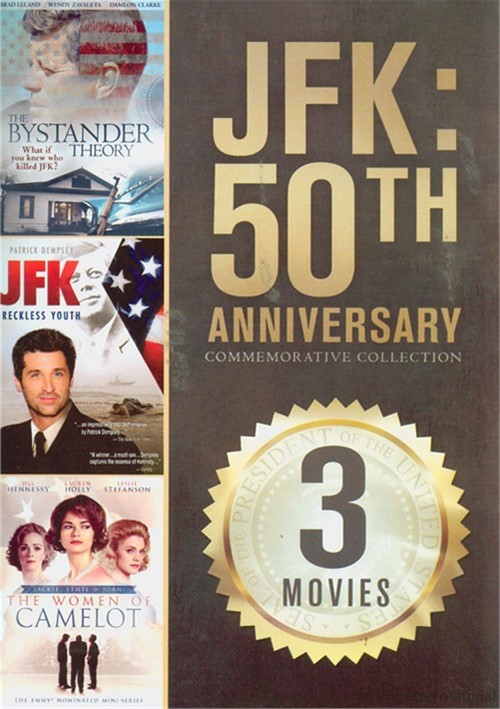 Liz Jennings has just inherited a home from a grandfather she never knew. Intrigued by the acquisition, Liz goes to small town Texas to explore the house. She's not the only one interested in the property through, radio personality - and conspiracy theorist - Shame Fuller (Brad Leland, TV's Fright Night Lights) also wants to take a tour. Convinced Liz's grandfather was involved in the assassination of John F. Kennedy, the pair dig deep into the past, hoping that a 50-year-old secret will reveal the truth behind the President's death.

JFK: Reckless Youth follows a young Kennedy (Patrick Dempsey) as he makes the decisions that will shape his future: 35th President of the United States. Mischievous college student, competitive younger brother of Joe Jr., overseas traveler, Butch journalist Inga Arvad's lover, and commander of PT 109, this critically-acclaimed ministries is a vivid, rich portrait of a President in the making.

They were more than Washington wives. They were part of an American dream known as Camelot. With strength and cunning, they upheld their public image by concealing their private truths. Jackie (Jill Hennessy), Ethel (Lauren Holly) and Joan (Leslie Stefanson) had little choice - they were Kennedy women.