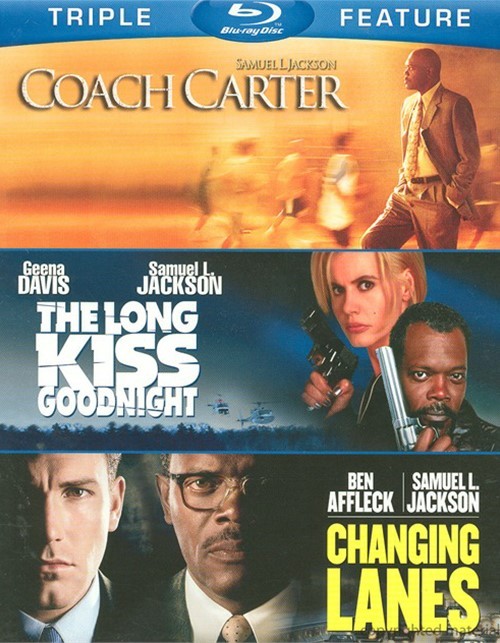 Based on a true story, Coach Carter is teh inspirational account of basketball coach Ken Carter (Samuel L. Jackson), who made national news for a gymnasium "lockout" of his entire undefeated team for poor academic performance. With the players, parents, and community rallying to get the team back on the court, Carter must show the young men a future beyond gangs, prison an deven basketball.

Samantha is a suburban mom who makes a killer lemon meringue pie. Charly is a covert op who kills. They're both the same person. Both may be as good as dead. Geena Davis stars as a woman whose fading amnesia reveals her secret life as an elite government assassin, and Samuel L. Jackson portrays the low-rent detective helping her unlock her memory, all while rogue agents scramble to bury Samantha/Charly and her past. Nonstop excitement - sealed with a kiss!

Modern society draws lines between right and wrong, good and evil, rage and redemption. A moment of self absorption and a spark of anger will cause the two men to cross them. As the battle of wills escalates, both lives are changes forever. Samuel L. Jackson and Ben Affleck star in a provocative and gripping drama that exposes the best and worst in all of us.