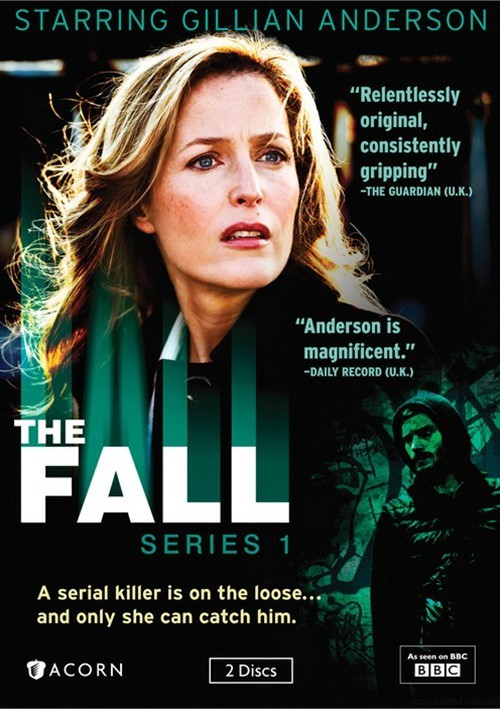 Emmy and Golden Globe winner Gillian Anderson (The X-Files) smolders as a British detective summoned to Belfast to solve a high-profile murder. She quickly recognizes the signs of a serial killer, but the culprit (Jamie Dornan, Once Upon a Time) has already targeted his next victim. Over five engrossing episodes, this psychological thriller follows both the hunter and the hunted as they attempt to outmaneuver each other in "an intriguing game of cat and mouse" (The Sunday Times, U.K.).

Heralded as "one of the best BBC dramas in years" (The Guardian, U.K.), The Fall proves as riveting as it is unsettling, granting rare insight into the mind of a sociopath. Critics rave that "Anderson is sublime, almost otherworldly, while Dornan. . . matches her for icy charisma" (Daily Mail, U.K.). The stellar cast also features Archie Panjabi (The Good Wife) and John Lynch (In the Name of the Father).