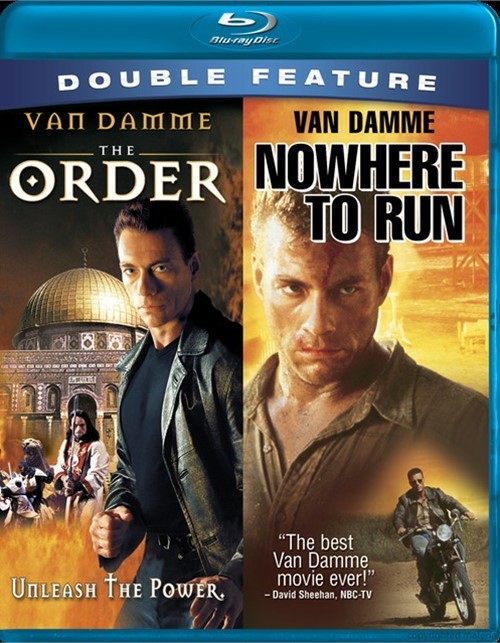 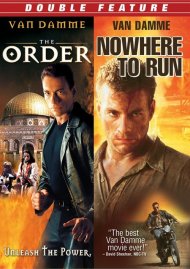 Journey to a turbulent world under siege as reformed artifact smuggler Rudy (Van Damme) travels to Jerusalem to rescue his museum-curator father (Charlton Heston) who's been kidnapped by ruthless fanatics. There he recovers a sacred scroll believed to hold dangerous secrets of an underground sect. Framed for murder by a scheming police chief, Rudy enlists the aid of a mysterious beauty (Sofia Milos) to clear his name and wages a one-man battle to recapture the ancient scroll before the ultimate Holy War breaks out and all hell breaks loose!

An escaped prisoner hiding from authorities, Sam (Van Damme) always manages to be in the wrong place at the right time. Risking his hard-fought freedom, he aids a beautiful young widow (Rosanna Arquette) against a ruthless developer who wants her land. Hunted by the police and the developer's hired killers, Sam pulls no punches in his furious fight for survival.

Reviews for "Order, The / Nowhere To Run (J"