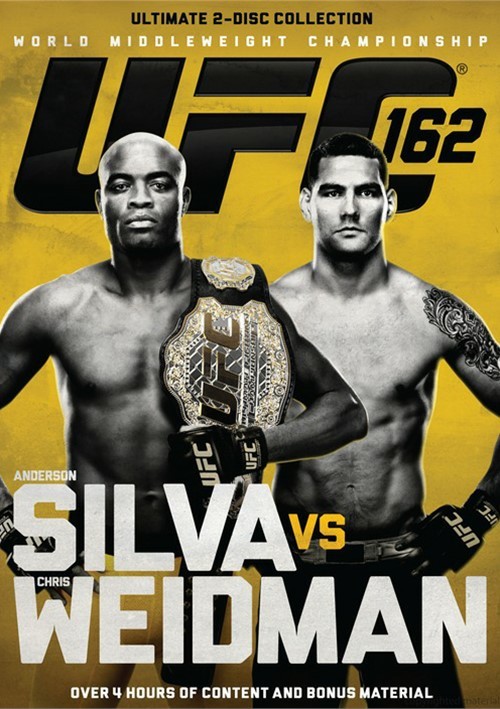 Unbeaten in his UFC career, future Hall of Famer Anderson Silva has reigned over the middleweight division for nearly seven years. At the UFC 162 main event, he meets undefeated Chris Weidman in a fight that will go down in UFC history. Plus, former world champion Frankie Edgar continues on his road back to the title against Charles Oliveira, featherweight contenders Cub Swanson and Dennis Siver face off and "The Filipino Wrecking Machine," Mark Munoz, returns.