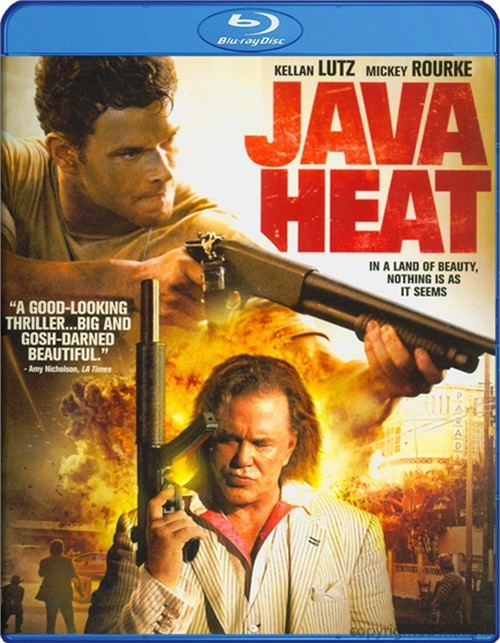 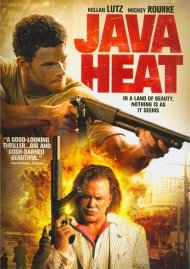 In the land of beauty, nothing is as it seems

Academy Award Nominee and Golden Globe Winner Mickey Rourke (The Wrestler, Immortals, Iron Man 2) and Kellan Lutz (Twilight, Immortals) square off the ultimate battle for domination in Java Heat, an exotic cross-cultural action thriller. Following a terrorist attack in Indonesia that killed the country's beloved Sultana, headstrong American Jake Travers (Lutz) suddenly finds himself in the center of the already tense conflict between the West and Islam. Teaming up with Muslim detective Hashim (Indonesian star Ario Bayu), the unlikely duo embark on a treacherous manhunt for the attack's real perpetrator, a new breed of klepto-terrorist (Rourke), who is even more twisted and terrifying than the Jihadist terrorists he hides behind. As he navigates the labyrinths of religious, political, and cultural havoc that surround him, Jake must learn to abandon his thirst for vengeance in order to stop the mastermind from attacking again. Featuring non-stop explosive action, director Conor Allyn's Java Heat is "a study in panache, with a retro styling that hearkens back to past action gems." - Emma Bernstein, The Playlist