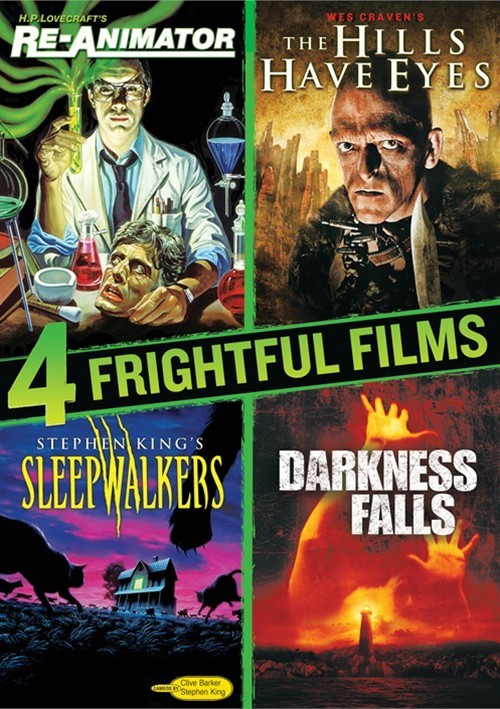 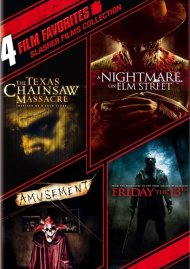 A dedicated student at a medical college and his girlfriend become involved in bizarre experiments centering around the re-animation of dead tissue when an odd new student (Jeffrey Combs) arrives on campus.

The Hills Have Eyes

The Carters are an all-American family on their way to California when their car breaks down far from civilization in the remote southwestern desert. But they are not alone. Watching from the hills is a very different kind of clan, a family of marauding inbred cannibals with an unspeakable taste for human flesh and monstrous brutality. In the nightmare that follows, what depravities must this wholesome family endure to survive? And in a primal wasteland ruled by lust and rage, who will become the most shocking savages of all?

As a young boy, Kyle (Chaney Kley) claimed to have seen the tooth fairy. He also claimed she tried to kill him. Now over twelve years later, Kyle has left the town that never believed him. He has also left behind the two people who thought he was telling the truth, his childhood girlfriend Caitlin (Emma Caulfield) and her younger brother. And when evil again emerges in Darkness Falls, Kyle must return to do battle with the winged creature of doom he saw that night so many years ago. Because evil is back with a vengeance. And it's not leaving without Caitlin's brother.

Only Stephen King, the dark genius behind Misery, The Shining and Pet Sematary, could have written Stephen King's Sl--pwalkers, a classic horror story that takes a perfect Norman Rockwell town and turns it inside out. Brian Krause and Alice Krige star in this terrifying tale of modern-day vampires who prey on virtuous young women. Madchen Amick plays the sexually curious virgin who falls for the new boy in school (Brian Krause), only to learn too late that he's a life-sucking Sl--pwalker. Mutating at will from golden boy to savage monster, Krause stalks Amick to feed his seductive mother. As the tension mounts (and the casualties pile up), the town's tabbies gather for a final, chilling showdown with the monsters in their midst and we all know it's not nice to hurt people's felines... With cameo appearances by Stephen King and Clive Barker.