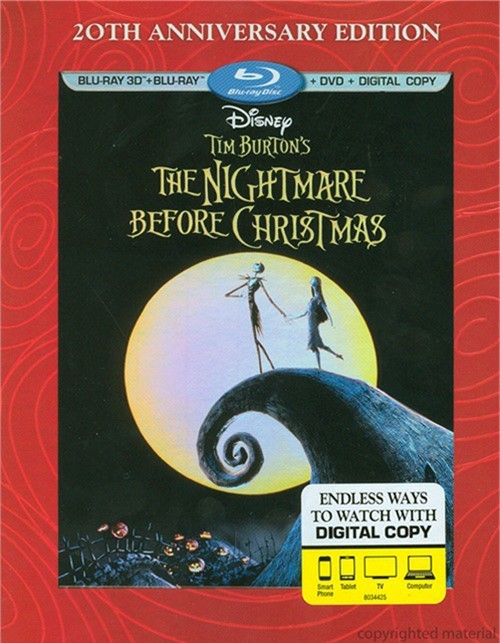 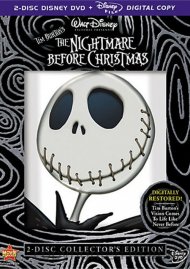 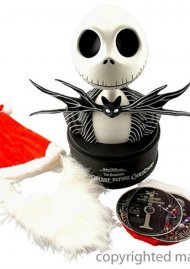 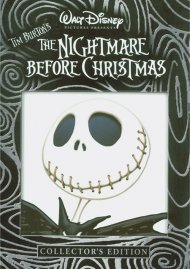 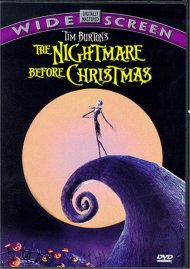 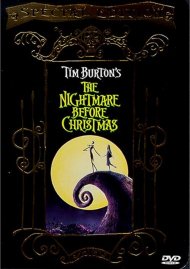 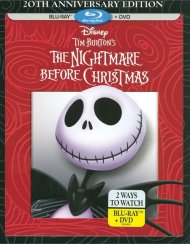 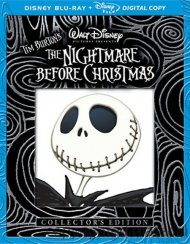 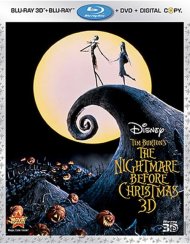 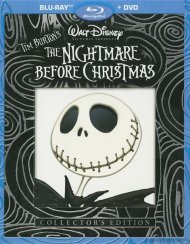 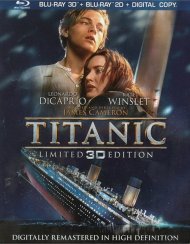 Rattle your bones and jump for joy - it's the 20th Anniversary Edition of The Nightmare Before Christmas on scare-ific, spooktacular Blu-ray Disc!

Bored with the same old scare-and-scream routine, Pumpkin King Jack Skellington longs to spread the joy of Christmas. But his merry mission puts Santa in jeopardy and creates a nightmare for good little boys and girls everywhere!

Reviews for "Nightmare Before Christmas 3D,"