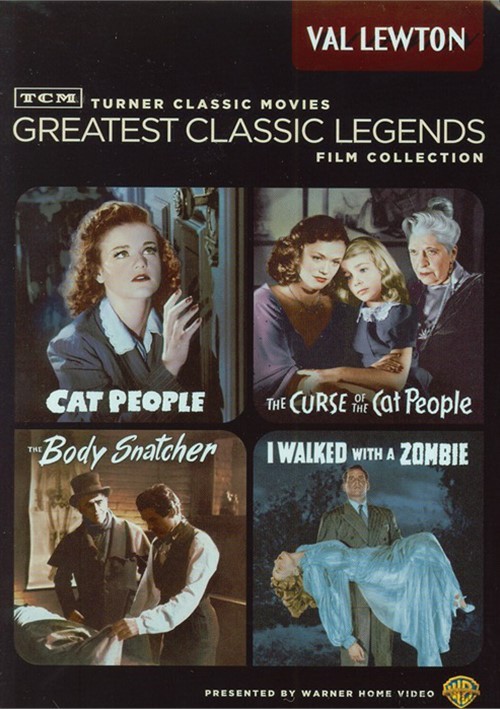 Directed by Jacques Tourneur and written by Dewitt Bodeen, Cat People was the trailblazing first of Val Lewton's nine horror classics. Simone Simon portrays a bride who fears an ancient hex will turn her into a deadly panther when she's in passion's grip.

I Walked With A Zombie

Lewton takes the gothic romance of Jane Eyre, resets it in the West Indies and adds the overriding terror of the living dead for the screen horror classic I Walked with a Zombie. Frances Dee plays the nurse who witnesses the strange power of voodoo.

The Curse Of The Cat People

Simone Simon returns in The Curse of the Cat People, a sequel in title but a landmark study of a troubled child. Dewitt Bodeen again provides the script, with Robert Wise making his directing debut, co-helming a gothic-laced mix of fantasy and fright.

Boris Karloff plays the title role in the Lewton adaptation of Robert Louis Stevenson's The Body Snatcher. A doctor needs cadavers for medical studies, and Karloff is willing to provide them - one way or another. Don't miss his scene with fellow horror icon Bela Lugosi.