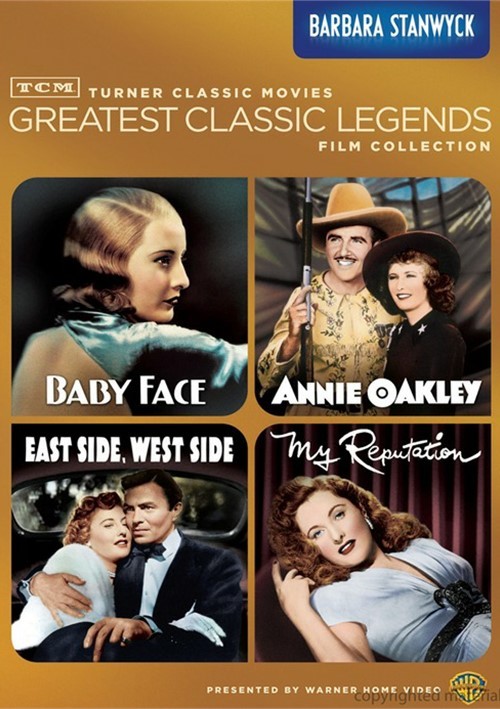 Added to the National Film Registry in 2005, this notorious pre-Code film stars Barbara Stanwyck as Lily Powers, a streetwise girl f-rced into prostitution by her father. She heads for the big city, using her brains and body in her relentless pursuit of wealth and status.

A radiant Stanwyck sharpshoots her way into biopic glory...and into the heart of a rival marksman (Preston Foster). Add trick riders, bronco busters and more and you have a hoopla-and-ballyhoo-filled re-creation of the pinnacle of American showmanship.

People are talking. They say young widow Jessica Drummond (Stanwyck) is romancing an army officer (George Brent) too much, too soon. Jessica's heard the gossip. Unfortunately, so have her two impressionable sons in this resonant melodrama.

East Side, West Side

Isabel Lorrison (Ava Gardner) is a good-time girl destined for a bad fate: murder. But who killed her? A philandering husband? His wife, who had every motive to put her hands around Isabel's neck and squeeze? Stanwyck plays the wronged wife in this sleek mystery melodrama.