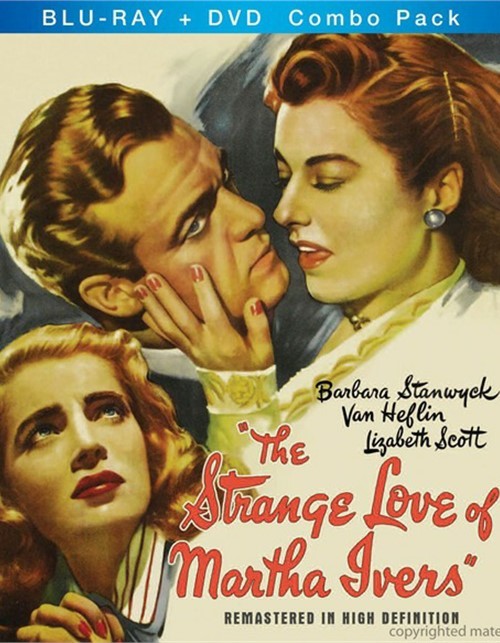 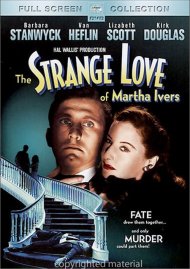 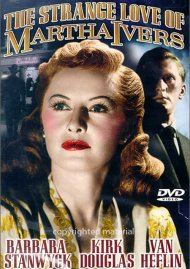 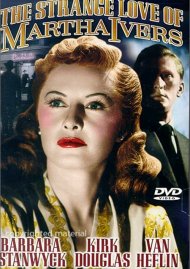 Classic film noir doesn't get much darker than this sordid tale of betrayal, blackmail, intimidation and murder. Nor are you likely to find a more impressive cast in a noir feature than the one assembled here, and available here for the first time ever in High Definition Blu-Ray. Martha Ivers (Barbara Stanwyck) is an heiress-turned-successful businesswoman. Sadly, she's spent much of her life bearing the burden of a horrific childhood event involving the rich, domineering aunt (Judith Anderson) who raised her, while subsequently enduring an unhappy marriage to Walter (Kirk Douglas), the local District Attorney. But everything could change for this "power couple" when her childhood sweetheart Sam (Van Heflin), now a drifter, shows up back in town one fateful night alongside new girlfriend Toni (Lizabeth Scott).

Uncharacteristic for the noir genre, which typically featured B-movie production and B level casts, The Strange Love Of Martha Ivers was a comfortably financed project with an adept collection of actors and an established director (but none the lighter on plot or cinematography).

It is also the first-ever film role for actor Kirk Douglas. He was recommended for the job by none other than Lauren Bacall (who he knew from acting school) and delivers an intriguing performance as the sorry husband. Director Lewis Milestone meanwhile, was no stranger to award-winning work, having previously won Oscars for Two Arabian Knights and All Quiet On The Western Front. He would also go on to direct the original Oceans Eleven. Film buffs will also want to keep an eye out for an uncredited cameo by a young Blake Edwards, who appears as a sailor hitching a ride with Sam!