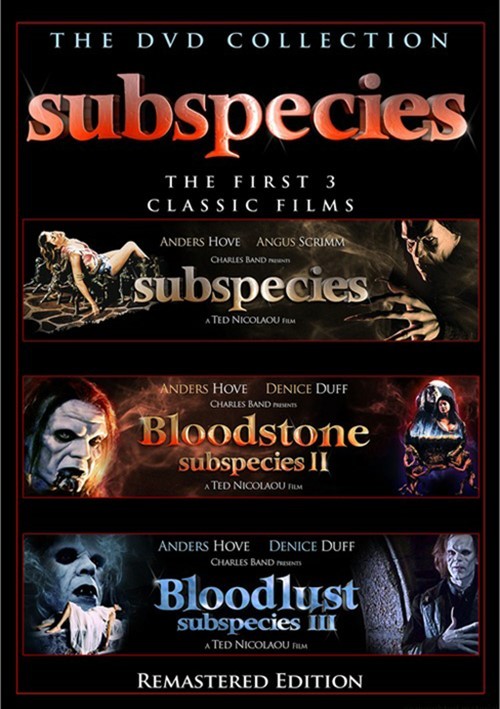 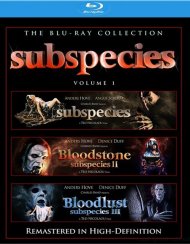 As ancient Transylvania struggles into modern times, old myths and superstitions blur with reality. Two American students, Michelle and Lillian, join their Romanian friend Mara in the Carpathian Mountains to study the legends of vampires. While the three innocents explore the mysterious village culture and rituals, a suppressed evil rises again and casts its shadow upon the land. Unknowingly snared in a centuries-old family feud, the girls fall into the clutches of Radu: a diabolical vampire prince whose madness and bloodlust know no bounds. To claim his birthright the ancient Bloodstone Radu kills his father and hunts his noble half brother Stefan. Dangerous passions erupt into violence as the vampire brothers each become obsessed with Michelle and begin to battle for her immortal soul. Stefan's forbidden love for Michelle endangers her friends, as the jealous Radu plots to make them his undead consorts. With Stefan's help, the girls fight for their lives against Radu and his minions - the Subspecies - an army of hellish creatures born of his own flesh. Will they survive to see the sunrise of will Radu cruse them to eternal night?

The centuries old conflict that has plagued the villages of Transylvania explodes into bloodshed. The mad vampire Radu (Anders Hove) becomes obsessed with Michelle (Denice Duff), who loves his half-mortal brother Stefan. In his quest to possess Michelle and the sacred relic, the Bloodstone, Radu destroys Stefan as he sl--ps. Michelle steals the Bloodstone and escapes from Radu's castle. She finds a lair beneath a theatre in Bucharest and stalks the streets in torment, torn between her fading humanity and her growing thirst for blood. She phones her sister Rebecca (Melanie Shatner) and begs her to come to Bucharest to help her. With the aid of Mel Thompson (Kevin Blair) of the US Embassy and Romanian policeman Lt. Marin (Ion Haiduc) she hunts for Michelle in the shadows of the sinister city. Radu, desperate to regain the Bloodstone, seeks help from his monstrous mother, the ageless sorceress Mummy, who demands that he destroy Michelle before she destroys him. Rebecca becomes Radu's unwitting pawn in the race to find Michelle and the Bloodstone.

Radu (Anders Hove) has been destroyed, and Michelle (Denice Duff) has been captured by Radu's vile mother, Mummy. Mummy uses sorcery to bring Radu back to life, then magically transports them back to Castle Vladislas to escape their mortal pursuers: Michelle's sister Rebecca (Melanie Shatner), Mel Thompson of the US Embassy (Kevin Blair), and Lt. Marin of the Bucharest police (Ion Haiduc). Radu's obsession with Michelle undermines his power over her. She manipulates him into teaching her the secrets of vampire existence and how to harness her vampire powers. Once she learns to survive on her own, she intends to destroy him. But Michelle's plan is thwarted when Rebecca storms the castle with the help of a CIA operative armed with an arsenal of silver bullets. Driven insane by Mummy's demands and his weakening hold on Michelle, Radu makes a fatal mistake that leads to a climactic standoff on the high walls of the castle.