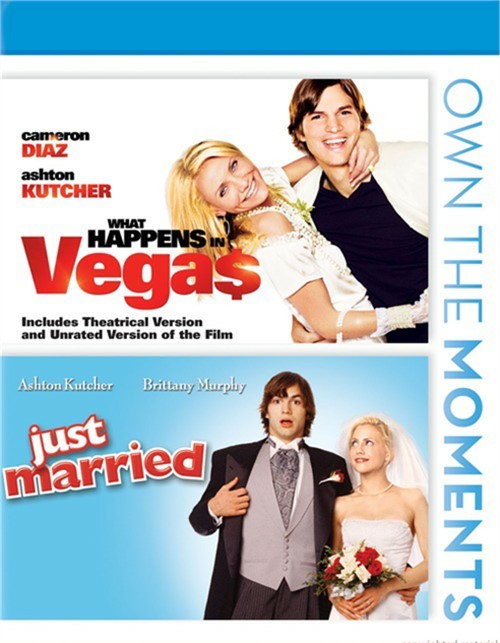 What Happens In Vegas

Hit the jackpot with this Special Edition of What Happens In Vegas - featuring an extended version of the movie not shown in theaters! After a wild night of partying, two strangers, Jack (Ashton Kutcher) and Joy (Cameron Diaz) wake up to discover they've gotten married. But the road to annulment takes a hilarious turn after Jack wins a huge jackpot with Joy's quarter, prompting an all-out war as they try to cheat each other out of the money.

Ashton Kutcher and Brittany Murphy take the cake in this outrageous hit comedy! Sarah (Murphy) is a happy-go-lucky rich girl whose meddling family is as snobbish as it is wealthy. Tom (Kutcher) is a hope-I-get-lucky party guy who prefers sports bars over fancy cars. But opposites attract sidesplitting fun when these two young newlyweds embark on their perfectly planned European honeymoon with disastrous - and hilarious results!

Reviews for "What Happens In Vegas / Just M"