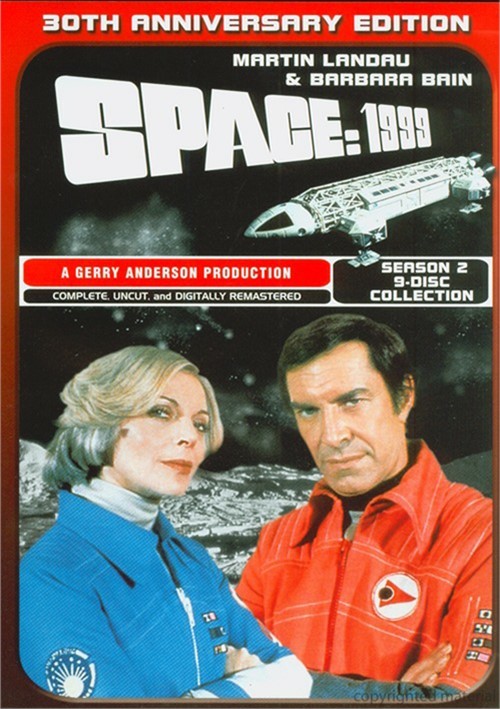 In the year 1999, a spectacular explosion at a lunar nuclear waste dump sends the moon out of Earth's orbit. In this seminal sci-fi series from producer Gerry Anderson (Thunderbirds, UFO), the men and women of Moonbase Alpha are left with no way home and the Earthling citizens are f-rced to embark upon the greatest adventure of their lives, encountering bizarre life forms and strange phenomena as they struggle to survive among the awe-inspiring wonders of outer space.

All 24 second-season episodes of this acclaimed space adventure are digitally remastered and contained in this 30th Anniversary collection, plus bonus footage, featured extras, and much more! With its progressive plotlines, an outstanding cast, and astonishing special effects from Oscar Winner Brian Johnson (Alien, The Empire Strikes Back), Space: 1999 has secured its place as one of the most thought-provoking series of the 20th century - and beyond!