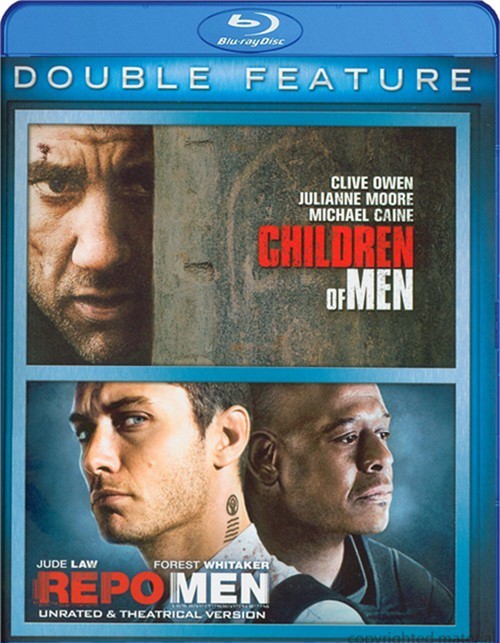 No children. No future. No hope. In the year 2027, eighteen years since the last baby was born, disillusioned Theo (Clive Owen) becomes an unlikely champion of the human race when he is asked by his former lover (Julianne Moore) to escort a young pregnant woman out of the country as quickly as possible. In a thrilling race against time, Theo will risk everything to deliver the miracle the whole world has been waiting for. Co-starring Michael Caine, filmmaker Alfonso Cuaron's Children Of Men is the powerful film Pete Hammond of Maxim calls, "Magnificent... a unique and totally original vision."

Remy (Jude Law) and Jake (Forest Whitaker) are best friends and The Union's most dangerous repossession men, reclaiming top-dollar organs when recipients fall behind on their payments. But after an on-the-job accident f-rces Remy to be outfitted with a top-of-the-line heart replacement, he finds himself in debt and unable to pay. Now, the hunter becomes the hunted as Jake will stop at nothing to track him down to finish the job.

Reviews for "Children Of Men / Repo Men (Do"