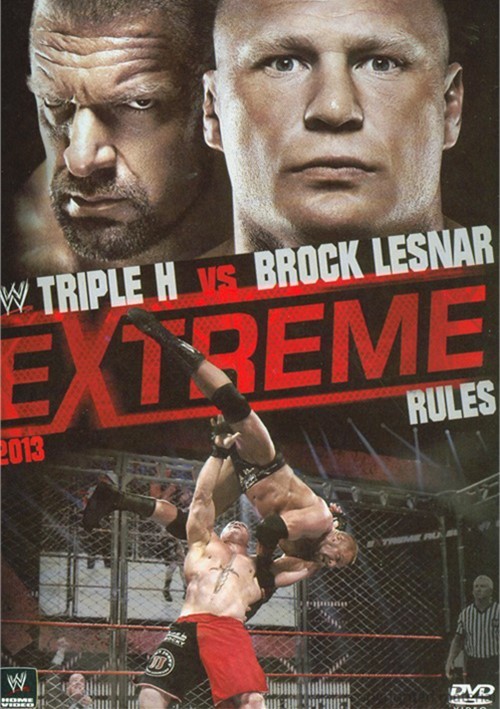 After a shocking ambush, WWE Champion John Cena, finds himself, for the first time, staring into merciless eyes of Ryback. Can the injured John Cena successfully defend the WWE Championship against one of WWE's most dominant Superstars in a relentless Last Man Standing Match? Plus, after splitting two brutal matches, The Game, Triple H and "The Beast" Brock Lesnar settle the score once and for all inside the callous steel cage. The Shield, Randy Orton, Sheamus, Alberto Del Rio, Big Show, and the rest of the WWE Superstars battle on the one night where the only rules are Extreme Rules!