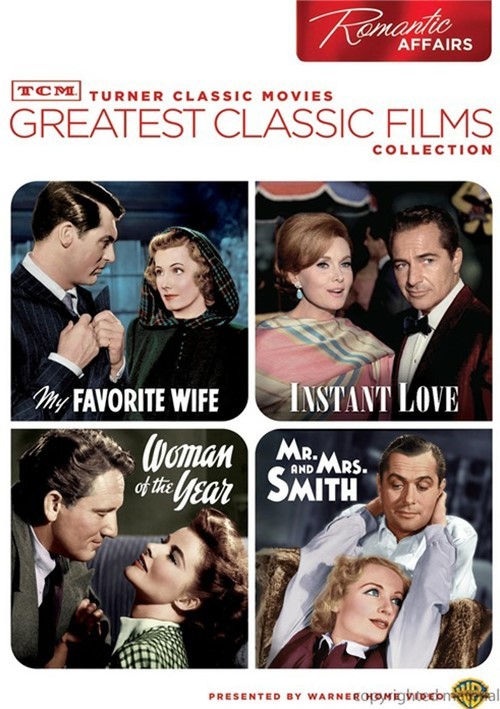 A funny thing happens to newlywed Nick Arden (Cary Grant) on the way to the honeymoon suite: he meets his wife (Irene Dunne) who was lost at sea and presumed dead. Nick goes from having one wife to two to none to one in this screwball comedy also starring Randolph Scott and Gail Patrick.

Carole Lombard and Robert Montgomery are the stars of this breezy comedy, in which a technicality voids the Smiths' three-year marriage and they find themselves asking whether they should do it all over again. Alfred Hitchcock directs from Norman Krasna's script.

Woman Of The Year

Spencer Tracy and Katharine Hepburn show what chemistry is all about as George Stevens directs this witty Oscar winner about the bumpy romance of a meat-and-potatoes sportswriter and a world-renowned political pundit, written by Ring Lardner Jr. and Michael Kanin.

Rhonda Fleming shine as Pamela, an American film star who falls in love with coffee grower Claudio (Rossano Brazzi) while in Brazil. When the two has hastily married, Pamela finds herself entwined in a clash of cultures in this rarely seen romantic comedy.