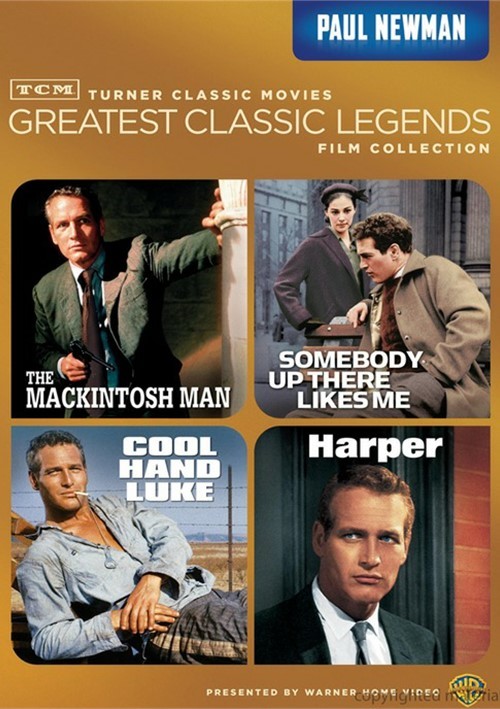 Somebody Up There Likes Me

Paul Newman plays a desperate youth who needs dough. He gives himself the name Rocky Graziano, signs on to spar for $10... and flattens a top boxer. The name sticks. So does the impact of this inspiring tale about Graziano's rise from poverty and rage to the middleweight title.

As a sleuth named Harper, Newman chews gum fast and slips out of jams even faster, unraveling a twisted case of kidnapping and murder. A clever script throws quips and a parade of La-La-Land characters his way. Each person may possess a clue. Or a bullet for Harper.

His crime: nonconformity. His sentence: the chain gang. Newman plays one of his best-loved roles as Cool Hand Luke, the loner who won't - or can't- bend to the arbitrary rules of his captivity. Fine character actors, including Oscar winner George Kennedy, provide solid support.

Joseph Rearden (Newman) is British Intelligence's man on the inside. It's his job to infiltrate the enemies and convince them he's one of them. And he must get through it alive in this tense and tricky thriller, directed by John Huston from a screenplay by Walter Hill.