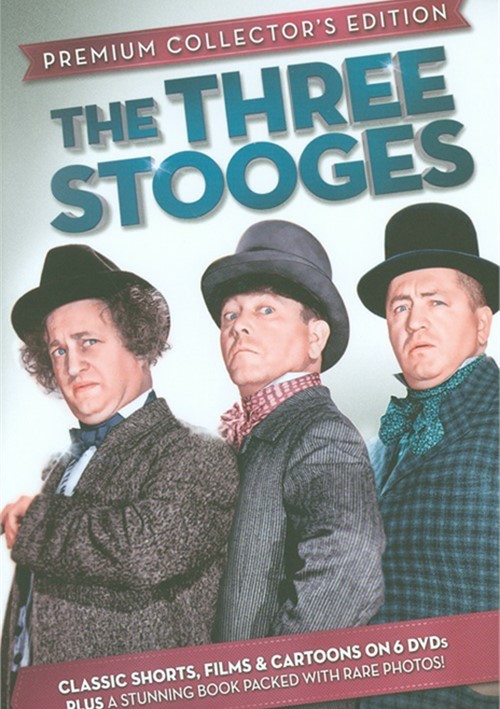 They've been called the most popular comedy institution in Hollywood history - a bunch of crazy characters who still delight adults and kids alike with their gloriously goofy jokes and zany slapstick.

They were Moe, Larry, Curly, Shemp, Joe and Curly Joe - six comedy kings who learned their craft in 1920s vaudeville and spent the next half-century enthralling the world as one of the most enduring acts in showbiz. Moe, Larry and Curly were the classic Three Stooges line-up, by Shemp, Joe and Curly Joe played a vital part too, stepping into the breach when traumas and tragedies struck at this lovable comedy crew.

This lavishly illustrated book presents a fascinating, fact-packed portrait of The Three Stooges, and is the perfect complement to the accompanying six DVDs, which feature an incredible selection of classic Three Stooges comedy showcasing everything from movies and comic shorts to over 50 episodes of the New Three Stooges animated series, plus a wealth of commercials and trailers. It's a wonderful selection of their work - and an absolute must for any Three Stooges fan!