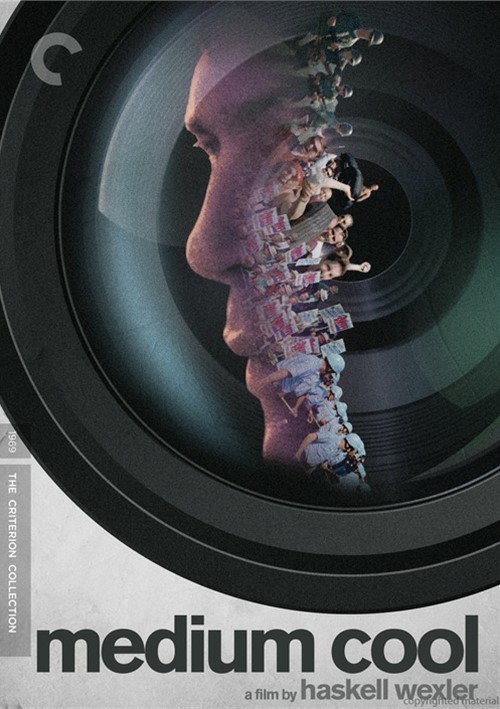 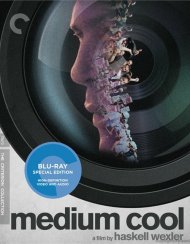 It's 1968, and the whole world is watching. With the U.S. in social upheaval, famed cinematographer Haskell Wexler (Days of Heaven) decided to make a film about what the hell was going on. His debut feature, Medium Cool, plunges us into that moment. With its mix of scripted fiction and seat-of-the-pants documentary technique, this story of the working world and romantic life of a television cameraman (Jackie Brown's Robert Forster) is a visceral, lasting cinematic snapshot of the era, climaxing with an extended sequence shot right in the middle of the riots surrounding the Democratic National Convention in Chicago. An inventive commentary on the pleasures and dangers of wielding a camera, Medium Cool is as prescient a political film as Hollywood has ever produced.

Two Audio Commentaries, One Featuring Wexler, Editorial Consultant Paul Golding, and Actor Marianna Hill, and the Other Featuring Historian Paul Cronin
New Interview With Wexler
Extended Excerpts From "Look Out Haskell, It's Real!," A Documentary By Cronin About The Making Of Medium Coo, Featuring Interviews With Wexler; Golding; Actors Verna Bloom, Peter Bonerz, and Robert Forster; Chicago Historian Studs Terkel; and Others
Excerpts From Sooner Or Later, Cronin's Documentary About Harold Blankenship, Who Plays Harold In The Film
Medium Cool Revisited, a New Half Hour Video By Wexler About The Occupy Movement's Protest Against The 2012 NATO Summit In Chicago
Booklet Featuring An Essay By Film Critic and Programmer Thomas Beard