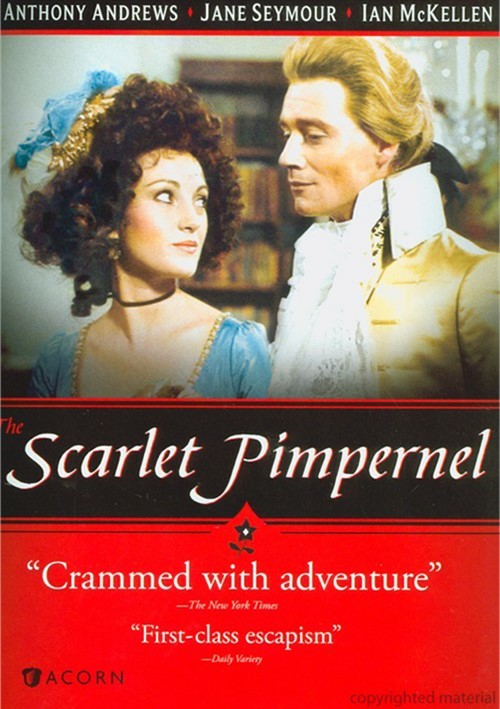 The tumbrels roll through the streets of Paris, carrying enemies of the new French Republic to their appointments with "Madame Guillotine." But to the revolutionaries' fury, more than a few of France's hated aristocrats have escaped execution thanks to the actions of a dashing young Englishman known as the Scarlet Pimpernel (Anthony Andrews, Brideshead Revisited).

One aristocrat interests him above all the rest, the beautiful Marguerite St. Just (Jane Seymour, Dr. Quinn, Medicine Woman). In his pursuit of Marguerite, he has a dangerous rival, Citizen Chauvelin (Ian McKellen, The Lord of the Rings, X-Men) - a revolutionary leader charged with tracking down the elusive Pimpernel.

Based on the classic novel by Baroness Orczy, this adaptation of the swashbuckling tale aired on CBS and was nominated for three Emmy Awards, including outstanding drama special.

Reviews for "Scarlet Pimpernel, The"