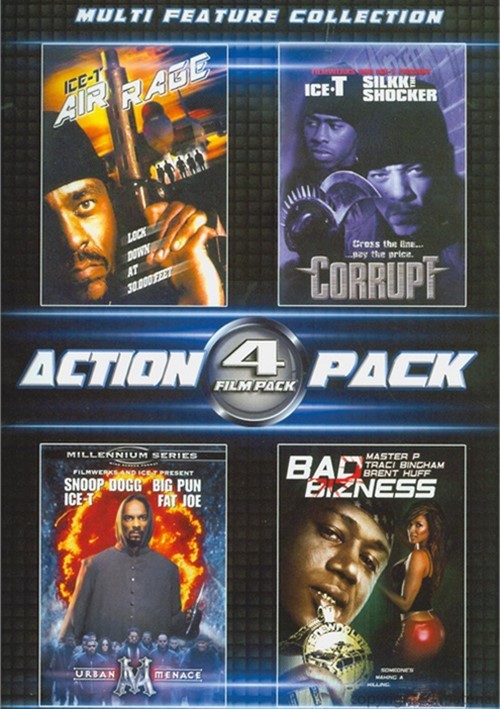 Ice-T (Law & Order SVU) stars in this high-flying thriller as an agent sent in to stop a dishonored group of Marines who have taken over a passenger flight, determined to destroy everyone on board if the government does not meet their demands.

After decades of terror, two deadly street gangs reach a delicate truce and young MJ (Silkk The Shocker) sees a way out of the hood once and for all. Only Corrupt (Ice-T) stands in MJ's way.

An insane preacher (Snoop Dogg) seeks retribution from the local crime syndicate (Big Pun & Fat Joe) for the death of his family and the burning of his church.

Stars Master P and Traci Bingham (Baywatch), a beautiful cop (Bingham) gets pulled into an underground ring of call girls who are being murdered by an unknown assailant and she must uncover the murderer before it's too late.