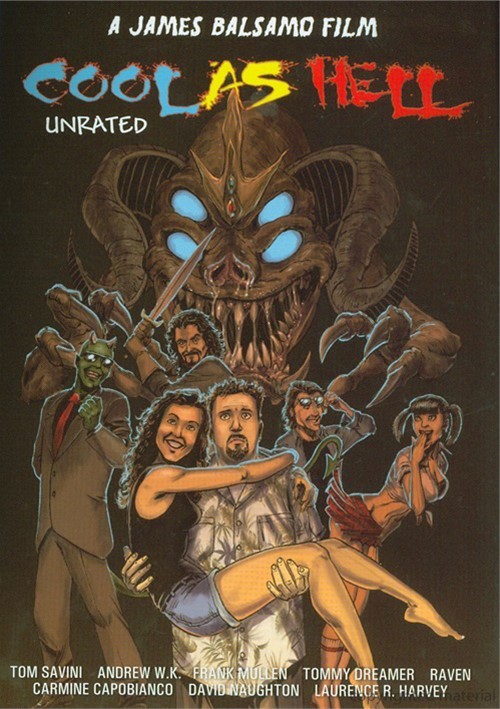 Rich wasn't always a samurai sword wielding zombie slayer! he was your average comic book store employee, until he met a demon named Az. When Az came from Hell, he left the portal open and a soul hungry beast escaped. Rich and his roommate Benny used to have girl troubles, but that's the least of their worries now. They have to stop the creature and the living dead that have crawled out of Hell. Who would have thought Rich would have to save the world just to get laid?

Cool As Hell is a horror/comedy that features Tom Savini, Andrew W.K., Tommy Dreamer, Raven, and lead singer of Suffocation, Frank Mullen. A geeky romance blossoms in between the demon and zombie chaos. Don't miss the bong hitting, side splitting comedy that is Cool As Hell.

Reviews for "Cool As Hell"