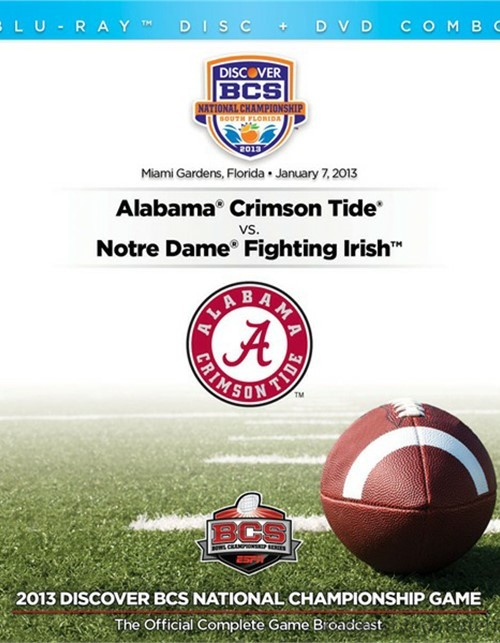 The stage was set in Miami for an epic clash between No. 1 Notre Dame and No. 2 Alabama in the BCS National Championship Game. The Fighting Irish entered the showdown undefeated and appeared poised to challenge the Crimson Tide and prevent Nick Saban's squad from claiming a second consecutive national title.

But SEC champion Alabama (13-1) had other plans in mind, controlling the game from the opening kick and running its way to a dominant 42-14 win to repeat as national champions. The Notre Dame defense, which had been one of the nation's best all season, was unable to handle the physicality of the Alabama offense, which rolled up 265 yards on the ground in the win.

Running back Eddie Lacy opened up the scoring with a 20-yard touchdown run on Bama's first possession, which quarterback AJ McCarron followed up with a three-yard scoring strike to Michael Williams on the next drive. When T.J. Yeldon plunged one yard into the end zone to give the Crimson Tide a 21-0 advantage just four seconds into the second quarter, Alabama had clearly established its intent to seize the crystal football for the third time in four seasons.

Lacy was named the game's offensive MVP for his 140-yard, one-touchdown performance, and fellow running back T.J. Yeldon added 108 yards and another score on the ground for Alabama. McCarron was flawless on his way to 264 yards and four touchdowns through the air, two of which went to true freshman Amari Cooper.

The Bama defense, led by defensive MVP C.J. Moseley, backed up its No. 1 overall ranking by holding the Irish to a season-low 32 rushing yards, and Notre Dame did not score its first touchdown until the Tide had built a 35-point lead in the third quarter.