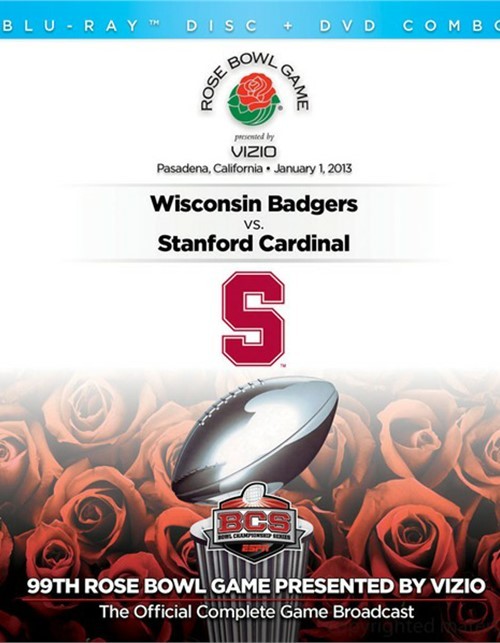 Coming into the New Year's Day showdown with Wisconsin in Pasadena, Stanford head coach David Shaw had never coached in the Rose Bowl Game, while Badgers' head coach Barry Alvarez had never lost one in three previous tries. When Stanford's Usua Amanam intercepted Wisconsin quarterback Curt Phillips late in the game, he sealed the Cardinal's first Rose Bowl victory since 1972 and handed Alvarez his first loss in the prestigious bowl.

Stanford raced out to a 14-point lead in the first quarter thanks to rushing touchdowns from Kelsey Young and Stepfan Taylor, seizing the early momentum. The Badgers would respond in the second quarter with a pair of scores, one from running back Montee Ball on the ground and another through the air from Phillips to Jordan Fredrick, but the Cardinal took a 17-14 advantage into halftime.

Defense ruled the second half, as the only score came late in the fourth quarter by way of a 22-yard field goal off the leg of Stanford's Jordan Williamson. Facing a 20-14 deficit, Wisconsin would have one more possession to find the end zone. The Badgers advanced past midfield before Amanam made the game-clinching interception to lock up the win and cue the confetti for Stanford.

The Official 2013 Rose Bowl Presented by Vizio combo pack includes the commercial-free game broadcast on DVD and Blu-ray as well as the trophy presentation. It is a great addition to any fan's collection!