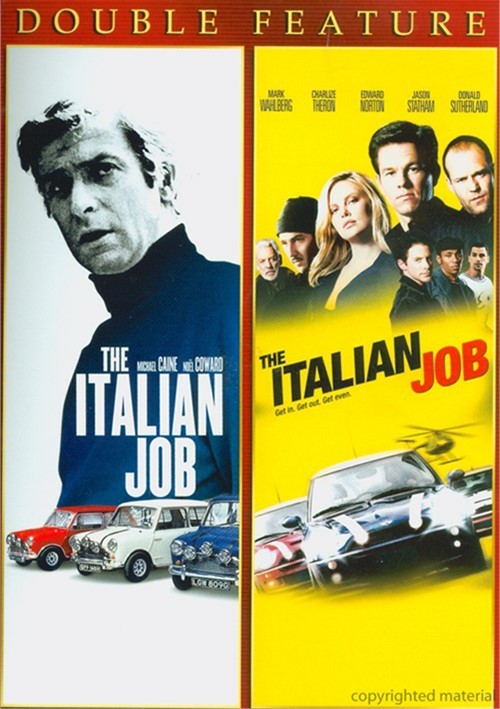 When master thief Charlie Croker (Mark Wahlberg) and his mentor, safecracker John Bridger (Donald Sutherland), plot one last heist, they score $35 million in gold bars from an Italian palazzo. The team suffers a devastating double-cross from one of their own. A turncoat hijacks the gold, kills Bridger point-blank and leaves his ex-teammates for dead. The surviving gang of thieves (Seth Green, Mos Def and Jason Statham) stay loyal to each other and to one goal - vengeance. When they locate the traitor in Los Angeles, they recruit the only safecracker who is as brilliant as their fallen leader... his daughter Stella (Charlize Theron). Stella is no thief, but she's as determined as they are to even the score. Together, they mount a high-tech, fast-paced, citywide caper aimed at reclaiming their gold... and avenging their friend.

Forget about the straight and narrow. Clever con Charlie Croker (Michael Caine) intends to go straight to the bank. Fresh from the slammer, he begins work on a heist that will either set him up for life - or send him up forever. Croker and his unruly lot of thieves take on the mob, the police and the gridlocked traffic of Turin to rob a heavily armed shipment of gold bullion in The Italian Job. Entertainment legend Noel Coward (in his last film role) costars in this open-throttle caper as criminal mastermind Bridger. And Benny Hill, Raf Vallone and Rossano Brazzi add to the story's fun and suspense as it zips from plan to robbery to escape that's a cliffhanger in every sense of the world! Hold on tight!