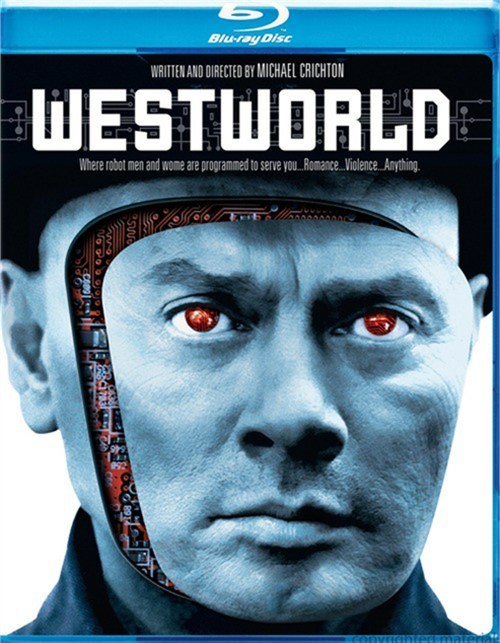 Where robot men and women are programmed to serve you... Romance... Violence... Anything

For $1,000 a day, vacationers can indulge whims at the theme park called Westworld. They can bust up a bar or bust out of jail, drop in on a brothel or get the drop on a gunslinger. It's all safe: the park's lifelike androids are programmed never to harm the customers. But not all droids are getting with the program. Michael Crichton (Jurassic Park, Twister) wrote and made his directing debut with this futuristic thriller that heralded moviemaking's future as the first feature to use digitized images. Richard Benjamin and James Brolin portray pals confronted by a simulated reality turned real. And Yul Brynner is their stalking, spur-jangling nemesis. It's man vs. machine - in a tomorrow that isn't big enough for the both of them.